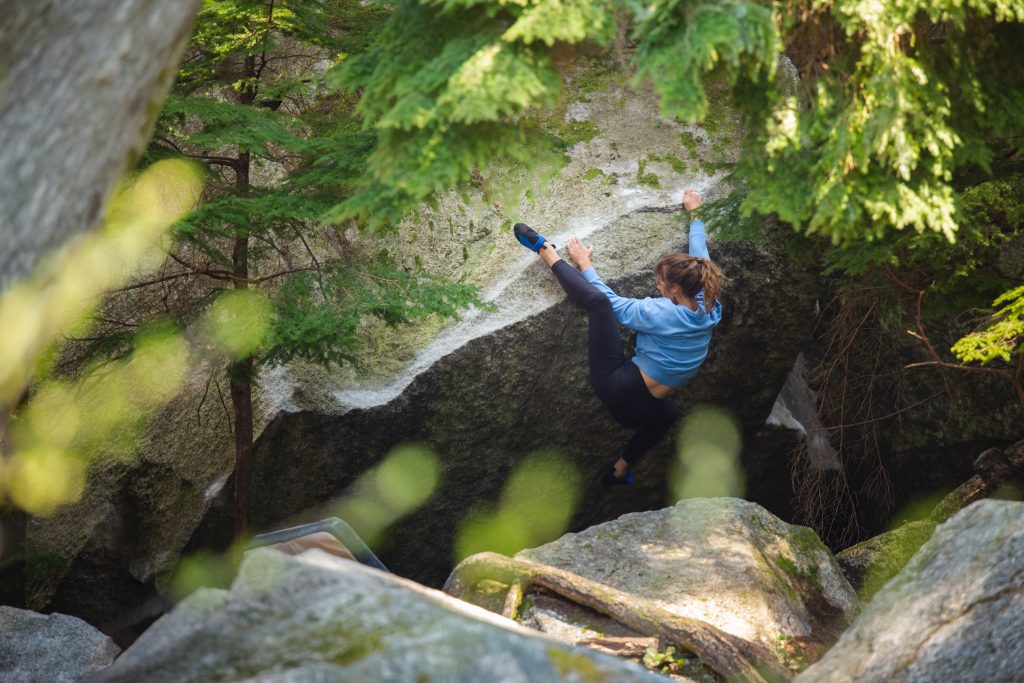 Heather is B.C born and raised by a half Scottish family. As a child she was sent to school in a kilt, but when she climbs she will typically wear pants. Her climbing partners thank her for this.

The name Lightfoot translates literally to, “likes sandwiches” (but only the gluten free kind). Heather started climbing after winning the annual thumb war contest at university for the third time. She smartly realized that if her other four fingers were half as strong as her thumb, that she would likely be able to get on top of almost anything. Thus she began climbing. Seven years later the now late 20s-something year old spends her non-climbing time working with at-risk youth, co-running a Squamish Nation Women’s climbing group, and talking to her dog, Stevie.

In her actual climbing time she can be found rushing to local Squamish crags after work (usually forgetting her climbing shoes on the way), or nattering her way up multi-pitches on The Chief. Her most worthy climbing accomplishments are currently, “The Flight of the Challenger” 12c trad, and “Project Grizzly” 13b sport. Heather has climbed all around the world but her favorite place to climb is the mighty Choss Mountains of the Canadian Rockies.